Update on my Letters from Armenia 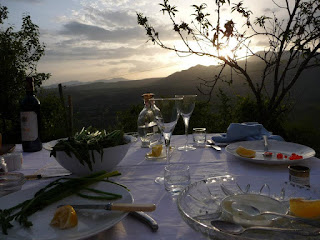 Thank you for your interest in my observations gathered over the years since my wife and I chose to live in Armenia, based in Yeghegnadzor. We continue to enjoy, and keep busy with, our many volunteer projects in the tourism, agriculture, post-secondary education, and technology sectors. I look forward to having the opportunity to post new letters soon. In the meantime, we invite you to visit the beautiful Vayots Dzor region and to enjoy the warm hospitality of our neighbours via the Bed and Breakfast Network: http://yeghegnadzorbandbnetwork.weebly.com/ We welcome suggestions and proposals for partnerships which seek, as we do, to enhance the lives of Armenians in our region, and to build upon the untapped human resource potential they offer the world. Antoine S. Terjanian In Armenia to move mountains, one pebble at a time.
Post a Comment
Read more

Letter 38: To dance is to know you're alive: A film by Bars Media

June 04, 2013
These are the links to the trailer of a new movie, about to be released by “Bars Media” in Yerevan : https://vimeo.com/53414030 , and this one too: http://vimeo.com/62644284 . We met Vardan Hovhannisyan, the manager of Bars Media http://barsmedia.am/ , in 2002, when we first began our volunteer work in Yerevan . He gave us the keys to their small studio on Orbeli St. on our first meeting, so that I can teach folk dances to our volunteers and other interested 'repats'. Vardan himself joined us for the lessons and learned to dance with us. Vardan is a former Karabagh war journalist and war prisoner whose studio has produced many other movies, notably, “A Story of People in War and Peace”, a film about the Karabagh war; “ The Last Tightrope Dancer in Armenia” and the hilariously interesting “Donkeymentary” about the island of Lamu in the Indian Ocean off of the Kenyan coast. Later in 2002, our son Toros came for a visit and was immediately recruited by Bars Media to he
Post a Comment
Read more

April 19, 2013
Like many others in Armenia, Gagik has had to leave Armenia to find work. He could not keep up with his debts. He went to Siberia, where he hopefully has a decent paying job so he can pay back his debts and attend to his family's needs. Our French friend Dominique sent him another EUR 250; sadly, the automatic teller ate EUR 30 before he got them.
Post a Comment
Read more 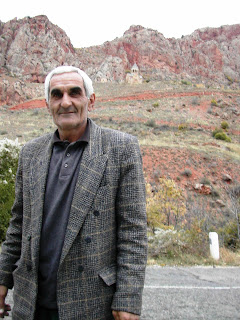 Lettre 35: Gago gets his watch!

April 23, 2012
Lettre 35: Gago gets his watch I am pleased to announce that yesterday, a generous lady from New York visited  Yeghegnadzor and gave Gago the watch he had dreamed about. Unfortunately, or fortunately, the Frenchman who had suggested he would bring Gago a watch, was not able to come to Armenia as planned--his wife was newly pregnant. We wish the family a healthy baby and mother. Gilberta Fass read about Gago on my blog (see my Letter # 32) and wrote me to ask if he had gotten his watch. When I said no, she offered to bring him one. You can see his happy face on the attached videos. Thank you dear  Gilberta. Antoine S. Terjanian Went there to move mountains, one pebble at a time
Post a Comment
Read more

Lettre 34: Armenia 2 – Ireland 1 (But the Irish moved on to qualify because... I brought our flag early!) 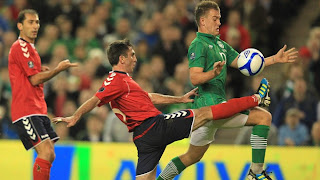 Letter 34: Armenia 2 – Ireland 1 (But the Irish moved on to qualify because... I brought our flag early!) Vachik, our young corner grocer, about 150 meters down from our house, asked to borrow our large Armenian flag to parade it in Yeghegnadzor at 1:00 am Wednesday Oct 12, if Armenia wins the game against Ireland and qualifies for the 2012 World Soccer Cup. I agreed, but the issue was: Would we be up at 1:00 am so he can borrow it then? I told him that we usually go to bed before 10 pm. On the evening of Oct. 11, I was going to buy milk, so I decided to take our flag down to Vachik, to save him coming to get it that evening. He felt a bit uneasy accepting it, because it is bad luck to brag before actually winning a game. Nevertheless, he took the flag and told us he had planned to watch the game at the Vayots Dzor Café, down on the main Yerevan-Artsakh highway, where it was to be projected on a large outdoor screen. We don’t have a TV here, but when we heard of the large s
2 comments
Read more
More posts